Posted by Lyndon V Bechtel on Tuesday, December 13, 2011 Under: Music 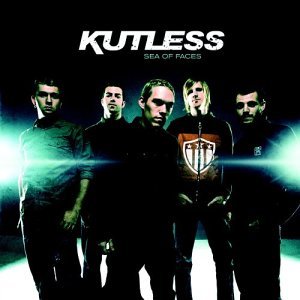 the following is excerpted from (Friday Church News Notes, December 9, 2011, and posted on manifestedbythelight.com on December 12,2011)

- Christian rock was birthed in the Jesus People movement of the 1970s. Instead of renouncing their old music, the Jesus hippies used rock & roll to create Christian rock and thumbed their noses at anyone who believed it was unscriptural and unholy. Larry Norman led the way with his 1975 hit “Why Should the Devil Have All the Good Music?” The lyrics went like this: “They say rock ‘n’ roll is wrong ... They say cut my hair/ They’re driving me insane. ... Just give me a song that has a beat/ Just give me a song that moves my feet/ I don’t like none of those funeral marches!” This has always been the Christian rock philosophy. “I will listen to whatever music I like; I will dress as I please; no one is going to judge me; and if they do I’ll rail on them.” Christian rockers have gotten not only their music from their secular brethren, but their attitude as well. This is why they are enemies of every fundamentalist Bible-believing church. They mock such churches continually. In the song “I Want to Be a Clone,” Steve Taylor ridicules fundamentalist churches as clone-making machines. Gregory Volz of Petra says that those who preach against rock are “bigoted” and the band mocked the bigots with the song “Witch Hunt”: “So send out the dogs and tally ho/ No one is safe, no stone is left unturned/ And we won’t stop until somebody gets burned.” DeGarmo and Key raised the flag against any standards for Christian music in the song “Don’t Stop the Music” -- “Don’t stop the music. Play it in your own way. I hear dissenting voices but they don’t bother me.” Michael W. Smith says, “You’re always going to have those very very conservative people who say you can’t do this, you can’t do that ... you can’t drink, can’t smoke. It’s a pretty bizarre way of thinking” (The Birmingham News, Feb. 1993). Deniece Williams says, “In the church I grew up in, you couldn’t go to dances, you couldn’t go to movies, and you couldn’t wear pants or sleeveless dresses. There were a lot of ‘Thou shalt nots’” (CCM Magazine, Jan. 1987). God forbid! Rich Mullins warned about “those Bible-believing, Bible-thumping born again-ers” (April 1996, Netcentral.net). In their song “Time Ta Jam,” DC Talk mocked the ‘hyper fundi” who opposes rock music. Caedmon’s Call says churches “in the Bible-belt” that teach against drinking, smoking, and cussing and say, “Don’t do this; don’t do that” are Pharisees (Lighthouse Electronic Magazine, 1996). Don Francisco says those who opposed rock & roll are “selling legalism, guilt and sour grapes” (“Freedom to Move”). No wonder Contemporary Christian Music acts as a powerful transformative agent when it comes into the life of an individual, family, or church. The same attitude permeates Southern Gospel today. Mark Lowry says, “Preachers keep giving people a list of rules instead of ‘Love the Lord with all your heart, then do as you please’” (CCM Magazine, May 1996). It is too bad that Lowry wasn’t around 2,000 year ago so he could have instructed the poor, dim-witted apostles and prophets who wrote the New Testament. They could have saved a lot of expensive parchment by shortening the Epistles to “Love one another, then do as you please,” instead of filling up the canon of Scripture with page after page of grace-lived, God-fearing rules and obligations (i.e., Romans 12-15; Ephesians 3-6; and the entire epistle of James).