Posted by Lyndon V Bechtel on Monday, April 4, 2011 Under: Music 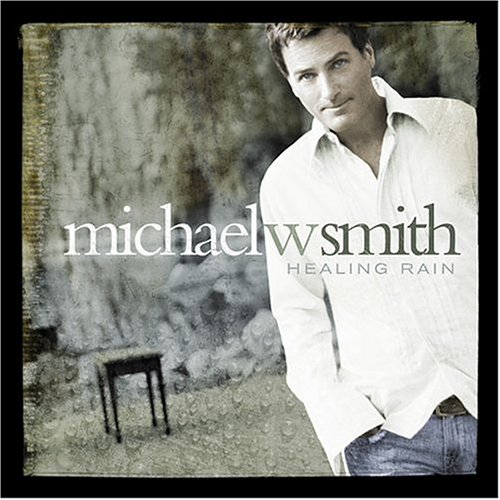 CCM PERMEATED WITH FALSE CHRISTS AND FALSE GODS
The following is excerpted from (Friday Church News Notes, April 1, 2011, www.wayoflife.org fbns@wayoflife.org, and posted on manifestedbythelight.com on 4/3/2001)
- A pastor who wrote to criticize me for my warning about West Coast’s adaptation of CCM said that if my position is right, and that if we should stop using CCM because of the heresies of the writers, I should also stop using the old Protestant hymns, and I should also stop using the King James Bible, because it was written by Anglicans. In reply I would say that whatever doctrinal differences a Baptist would have with the old Protestants, we share the same God, but that is often not true for Contemporary Christian Worship. In fact, doctrinally, the old-fashioned Baptist today is much closer to those old Protestants than to the CCM crowd. Many of the influential contemporary praise artists worship a non-Trinitarian God. Examples are Geron Davis, Joel Hemphill, Mark Carouthers, Lanny Wolfe, and Phillips, Craig and Dean. Other CCW artists worship a non-vengeful God. Stuart Townend, for example, denies that God is vengeful, which is a brazen rejection of the very God of the Bible (Stuart Townend, “Mission: Worship, The Story Behind the Song”, http://www.youtube.com/watch?v=BdVQNyQmdM4). A great many of the CCM artists worship a non-judgmental God. Consider the popularity of The Shack among CCM artists. It has been directly endorsed by Michael W. Smith and has been well received in prominent CCM circles such as Calvary Chapels, Vineyard churches, and Hillsong. The Shack god is the god of the emerging church, of men such as Brian McLaren and Rob Bell. He is cool, loves rock & roll, is non-judgmental, does not exercise wrath toward sin, does not send unbelievers to an eternal fiery hell, does not require repentance and the new birth, puts no obligations on people. Many of the CCM artists worship a rebel Christ. Mark Stuart of Audio Adrenaline says, “Jesus Christ is the biggest rebel to ever walk the face of the earth” (Pensacola News Journal, Pensacola, Fla., March 1, 1998, pp. 1, 6E). Sonny of P.O.D. says, “We believe that Jesus was the first rebel; the first punk rocker” (http://www.shoutweb.com/interviews/pod0700.phtml). This is absolute blasphemy. The Bible says rebellion is as the sin of witchcraft (1 Sam. 15:23). A rebel is a lawbreaker, but Christ was the lawgiver who He came to earth to fulfill the requirements of His own law (Matt. 5:17-19). Many of the CCM artists worship a rock & roll party Christ. In his Live ... Radically Saved video Carman says, “Jesus is always cool; He’s got his thing together.” Petra claims that “God gave rock and roll to you/ Put it in the soul of every one.” In “Party in Heaven” the Daniel Band sing, “The Lamb and I are drinkin’ new wine.” Phil Driscoll says, “God is the King of Soul; He’s the King of all rhythm” (quoted by Tim Fisher, Battle for Christian Music, p. 82). Messiah Prophet Band says, “Jesus is the Master of Metal,” and Barren Cross says, “Better than pot, Jesus rocks.” John Fischer described God as puffing on a cigar and swaying to rock music (CCM Magazine, July 1984, p. 20), while J. Lee Grady says Jesus enjoys dancing with the angels and “grooving to the sound of Christian R&B pumped out of a boom box” (Charisma, July 2000). The fact that the CCM crowd typically worships a different kind of God than the “old-fashioned” Biblicist, is why they are perfectly comfortable using music that has been identified as sexy by the secular world. As Gene Simmons of KISS said, “that is what rock is all about--sex with a 100-megaton bomb, the beat” (Entertainment Tonight, ABC, Dec. 10, 1987). But when your god is a non-judgmental, rebel, rock & roll party Dude, what does that matter!

Comment by Lyndon "We know that ccm with its unscriptural philosophies were it came from and were it is headed is emergent. and as a result is a big part of bringing and bonding denominations together for the ultimate purpose of bringing in the one world religion of Anti Christ. And as such we reject it as unscriptural."